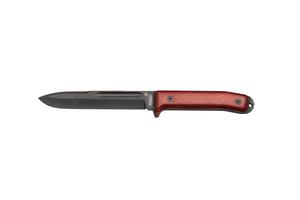 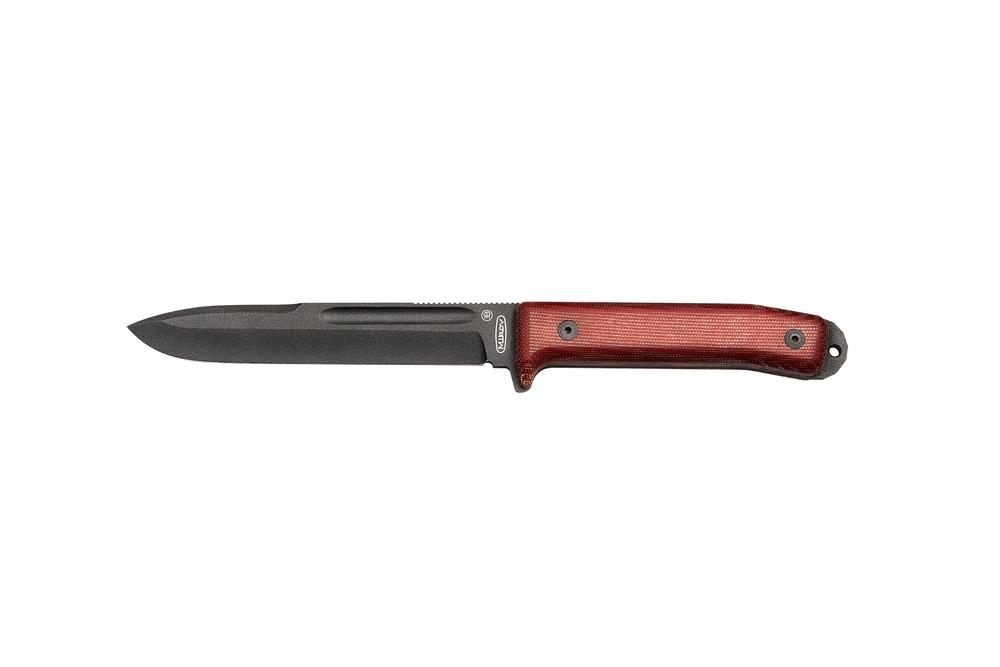 The designer Roman Hippík inspired with the cold weapon, which has been in the armament of Czech army for several decades and is connected with its history. In this case, it is a bayonet for a machine gun nr. 58, which was met by almost everyone who went through the Czech army, either as basic service soldiers or professional soldiers.

REPETITOR is an integral knife with red attachments made of Micarta material.

The knife blade has a central tip and is equipped with a lower blade, an upper false blade and relief grooves. Ceracot cobalt is used to finish N 690 steel.
Micarta attachments are attached to the knife with two Allen screws. For better handling, the knife is equipped with a one-sided lower guard and roughening on the back of the blade for thumb support.

The circular base of the knife is provided with a hole for attaching the cord.

Each knife is provided with the marks of the designer, manufacturer, serial number and year of manufacture. Marking is done by laser.
The very light and foldable case is made of laminated cordura with a plastic insert that locks the knife in the case.
The knife handle is fixed to the cord with two press-fit straps. The entire surface of the case is made of the same material that is used to make military equipment
The case can be attached to the belt in several ways as well as to the molle binding. On the front, there is a heraldic emblem at the bottom, which was used on all military equipment of the Czechoslovak Army during the missions in the Balkans.
Each packaging includes an original Repetitor knife case, a certificate of contribution to the Military Solidarity Fund, an information brochure on Operation Desert Storm and Repetitor knife, a paracord and a sticker.

Ask the seller a question about the product NUZ REPETITOR